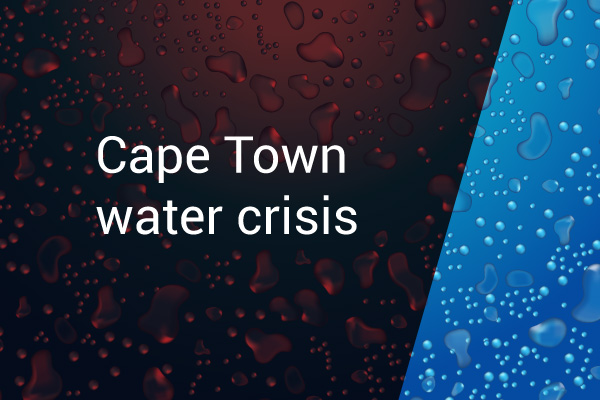 Johannesburg – With Day Zero looming, the World Wildlife Fund (WWF) says it hopes that emergency by-laws will be applied to enable the use and sharing of groundwater in Cape Town. “Life beyond Day Zero will present exceptional circumstances, and we hope that emergency by-laws will be brought in to enable Capetonians to use and share groundwater with neighbours for more uses in order to relieve the burden on the city’s emergency points of distribution (PODs),” the WWF said.

The organisation said that collected rainwater and groundwater are critical “off-mains” sources of water that help households reduce the demand for bulk water, and will be more important when water supply to some of the city’s taps is turned off.

According to WWF, groundwater is a hidden resource that is a national asset and belongs to all South Africans.

“As Cape Town already has 22 000 registered boreholes, it’s a privately accessed resource and, by default, under the influence and ‘management’ of thousands of users,” said the WWF.

The national water and sanitation department’s website states that all natural resources, which include groundwater, should be protected for future generations.

“Thus every one of us has an obligation not only to conserve and protect the groundwater resources of the RSA on my own property but also bring misdeeds to the attention of the authorities,” the website states.

Where is Cape Town’s groundwater located?

Groundwater is found beneath much of Cape Town and feeds the springs around the city. The geology (type of rock) under your property determines whether or not there is likely to be an aquifer (underground water supply). If you are on sand, calcrete or hard-fractured sandstone there is likely to be groundwater. If you live on thick clay or granite, you are unlikely to have enough groundwater to pump.

What’s the difference between a well point and a borehole?

Well points are generally shallow, have a narrow diameter pipe and are quick to install. A borehole can vary from a few metres to hundreds of metres deep.

Who controls how much groundwater you’re allowed to use?

The national Department of Water and Sanitation controls all aspects of water use. The city also has a say in what you are allowed to use this water for under its by-laws and water restrictions. If you want to insert a well point or drill a borehole, you have to first apply to the city and then register your borehole or well point once it is drilled. And, unless you have been given a licence by the Department of Water and Sanitation, you are not allowed to pump more than 400m3 per hectare per year in Cape Town – which is about 1 000 litres a day.

The WWF said groundwater can be used for basic gardening and household use, but may not be used on a commercial scale or sold.

However, it is not safe to use untreated groundwater for drinking without testing it and, in many cases, treating it.

“Because groundwater is a large store of water, it takes longer than rivers and dams to feel the effects of drought.”

South Africa’s paper recycling rate is on the rise